T​he purpose of this post is to understand how I bypassed root detection while pen-testing an android apps. They were using rootbeer libraries to protect the application to run on rooted device.

What is root detection?

What is xposed module ?

Xposed is an framework which work on rooted devices. It provide various module which allow user to control the android devices.There are also few module which help to evade root detection logic which is been written in the application.

Step by Step approach to bypass root detection in the android application.

1.  Reverse engineer the .apk with dex2jar.
dex2jar: It an small tool which allow to convert .apk into jar file 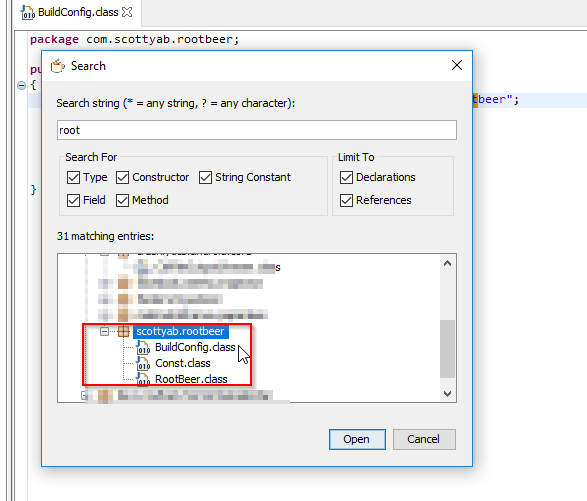 3. Reverse the apk with apktool.
apktool: A tool for reverse engineering 3rd party, closed, binary Android apps. It can decode resources to nearly original form and rebuild them after making some modifications. It also makes working with an app easier because of the project like file and automation of some repetitive tasks like building apk, etc.

4. Modify the code which contains the logic of detecting rooted device
Since we have reverse the code using apktool the complete code is available for modification into smali language. We can find all files which contains the root detection logic.
Open the file and change the name such as su, superuser, com.rootcloak to something random. Look into the screenshot below for the reference. 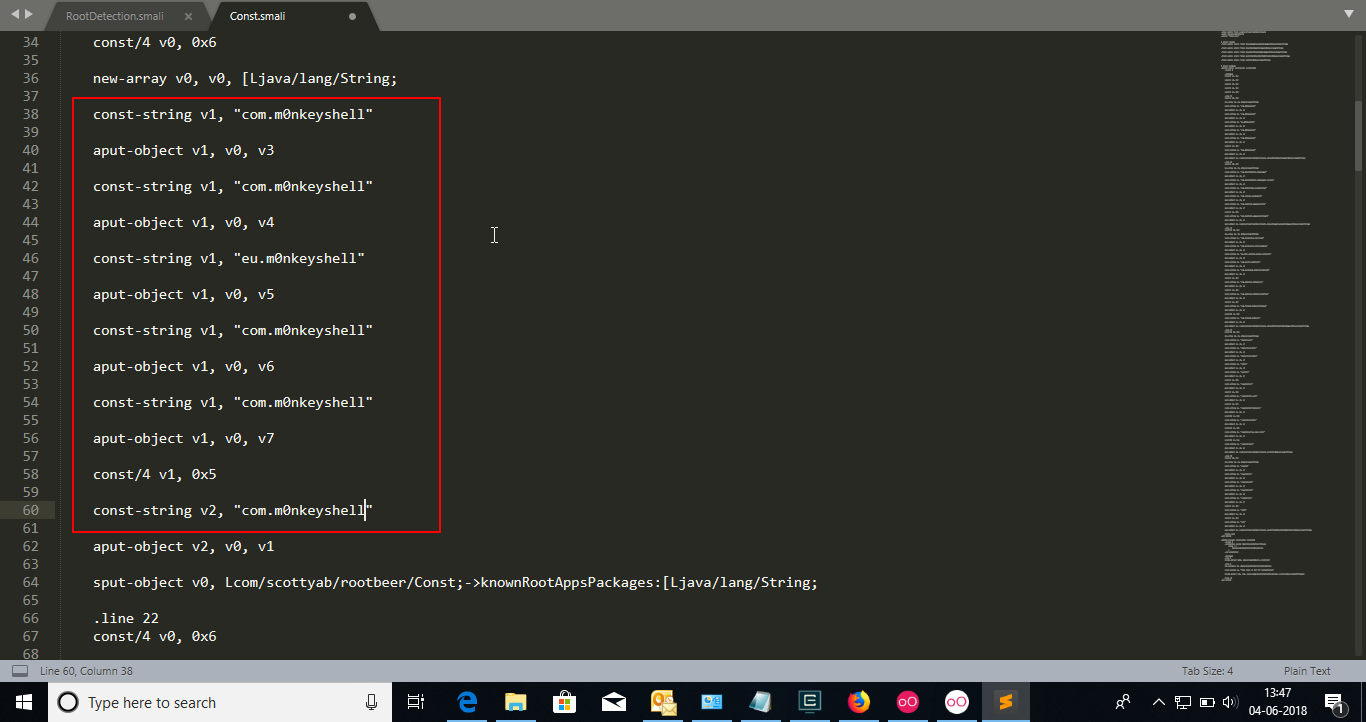 5. Rebuild the app with modified code.
We can find the rebuild code into dist folder in the current directory.

6. Sign the apk file.
Once rebuild the entire folder with apktool we need to sign the apk using sign.jar.
Sign.jar file help us to sign the application with android test certificate. 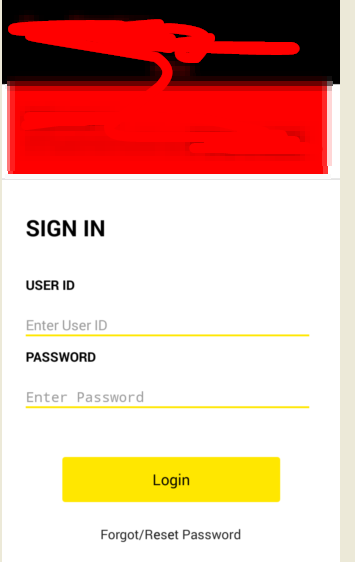 Special Thanks to Sachit Bhatia (aka Thunder) & Chirag Savla (aka 3xpl01tc0d3r) for motivating me.

Hello All,
In this post we will cover how can we leverage GadgetToJScript for generating payload in various supported format such as HTA, JS, VBS & VBA(macro) which will execute our covenant grunt(Grunt is the implant for Covenant C2 framework).

Covenant uses DotNetToJScript for generating payloads in hta / js format which indeed doesn't work well with Windows 10 environment. We can see the note in the description field.


DotNetToJScript - A tool to generate a JScript which bootstraps an arbitrary .NET Assembly and class.
GadgetToJScript - A tool for generating .NET serialized gadgets that can trigger .NET assembly load/execution when deserialized using BinaryFormatter from JS/VBS based scripts. The gadget being used triggers a call to Assembly.Load when deserialized via jscript/vbscript, this means it can be used in …
Read more

Performing Red Team assessments are becoming challenging day by day. In mature environments we see a lot of custom tool development and new techniques are getting discovered by the community to overcome various challenges.

While thinking about such challenges, I came up with the idea of creating a tool that can leverage legitimate services for establishing command & control communication channel which is likely to be whitelisted or are less monitored due to the nature of services used by the corporate environments.

This is not a new technique, we have already seen similar projects that were developed to leverage legitimate services for command & control. Communication channels such as Slackor for Slack C2, DaaC2 for Discord C2 or Domain Fronting techniques etc.